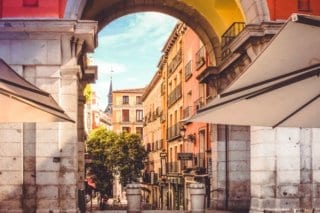 How Much Does it Cost to Live in Spain?

Are you considering making a move to become an expat in Spain? With an excellent health care system and an incredibly vibrant culture, it’s a great place for expats to live.

But one of the top reasons for moving to Spain is great for expats is the affordable cost of living. If you have your heart set on moving to Western Europe, Spain is one of the cheapest places to live.

For expats, Spain is more expensive than other popular destinations in Asia and South America. But if you prefer a Western lifestyle, it’s hard to beat. In fact, Madrid made our list of the happiest cities in the world for expatriates.

If you’re considering moving to Western Europe, keep reading to learn about the essential expenses and the cost of living in Spain.

As with every country, the cost of housing varies depending on where you live. Through our research, we have found furnished one and two-bedroom apartments in the center of large cities for approximately $700 USD per month. The cost is slightly higher in the major cities of Madrid and Barcelona. But even in Madrid, the cost of housing is inexpensive when compared to similar European cities such as Paris and London.

Don’t want to live in a city center? Rent outside of major towns costs around $500/month and even lower. Keep in mind that the typical Spanish home is small compared to homes in the U.S. So you may want to rent a larger place. Utilities are a bit more expensive than other countries, but the lower cost of rent makes the total household expenses affordable.

If you’re used to paying U.S. prices, you’ll find that the cost of groceries and eating out in Spain is very affordable. With the warm climate, the country grows lots of fresh produce, so if you eat fresh foods, your grocery bills will be quite low.

Beef and pork are more expensive than they are in the U.S., but if you live in a coastal region, you’ll find an abundance of fresh fish from $2-$7 per pound.

As for dining out, a lunchtime meal at a decent restaurant will cost you about $10-$12. At a fast-food joint, you’ll pay an average cost of $6-$8, as you would in the U.S. Dinner prices are also comparable to prices in the United States.

Go out for tapas and Spanish wine and you might be shocked at how low the bill is. At some places, you’ll find tapas for as low as $2, with an inexpensive beer costing about the same.

Prefer a fancier restaurant? Stay out of the tourist areas and you can enjoy a great meal for two and a bottle of wine for less than $60.

Healthcare Costs for Expats in Spain

Spain has one of the best healthcare systems in the world. Compared to other nations, you’ll enjoy high-quality care at lower costs. Many expats prefer to have a combination of public and private health insurance.

Price of Transportation in Spain

If you live in a major city, you don’t need a car. The public transit system is good, and monthly public transportation passes are rather inexpensive at around $60. Taxi fares are also very reasonable, but taxis aren’t always available outside the city center of larger Spanish cities.

If you do have a car, you can expect to pay a bit higher for gas, as oil prices in Spain are higher than in the States. However, the typical commute is short so you can expect to drive less, and that can even out the expenses.

Compared to other Western European nations, the living costs in Spain make it an extremely affordable place to live. This is especially true if you are an American or from another country in Western Europe. Rent is low. Food prices are reasonable, even when you eat out. High-quality healthcare can be enjoyed by all, and the public transit system is good so you may not need a car.

Overall, it’s a great option for expats looking to keep their costs down while enjoying the freedoms and amenities that Western culture provides.

To help you get started with your search, here are some of the cheapest and most expensive places to live in Spain.

Most Expensive Cities in Spain

Most Affordable Cities in Spain 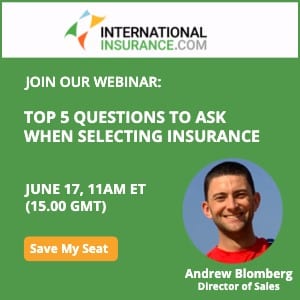 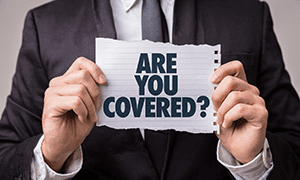