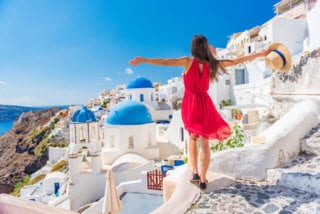 Moving abroad is an exciting opportunity to enjoy a new way of life. But for people planning on staying in another country permanently or for many years, temporary residency permits and work visas are not enough. For those who want to make their overseas move permanent, seeking dual citizenship is often the best alternative.

Does becoming a citizen in a new land mean that you have to give up your citizenship from the country in which you were born? With dual citizenship, the answer is no.

Dual citizenship is defined as having citizenship in two different countries at the same time. Some countries make it easy to obtain dual citizenship and become a citizen. You can do so through marriage, naturalization, or ancestry. Other countries have much stricter rules and stringent requirements that make it very difficult to get.

Not every country allows for dual citizenship – but many do, including the United States and most European nations. There are also several Asian nations that allow it, such as Pakistan, South Korea, and Thailand.

How Do You Get Dual Citizenship?

The rules and laws on obtaining dual citizenship vary from country to country.

In some countries, it’s very difficult. In some cases, you have to marry a citizen or establish permanent residency for as long as ten years.

In other countries, it’s very easy. For example, in Italy and Ireland, you can become a citizen just by proving that you have ancestral roots.

What Are the Benefits of Dual Citizenship?

Having dual citizenship means that you’ll have access to a variety of unique benefits.

You can also enjoy other benefits, such as the right to work and the right to buy and own property. Dual citizenship also provides the right to vote and the ability to access social services in both countries.

What Are the Disadvantages of Having Dual Citizenship?

And while the benefits might be appealing, there are some disadvantages to keep in mind before applying for dual citizenship.

Dual citizens are bound by the laws of both countries. That means double the rules and, in some cases, double the taxes.

The tax implications can be severe – especially for U.S. citizens. The United States government taxes all citizens on income earned abroad. And if you’re also a citizen in the country you work in you can be taxed there as well. That means you could be taxed twice on the exact same income.

Another thing to keep in mind is that the process of getting dual citizenship can be expensive and take years to complete.

But perhaps the biggest disadvantage of all is that you may lose your original citizenship from your country of origin.

For example, if you’re from the U.S. and have dual citizenship in a country that requires you to join the military, you can lose your U.S. citizen status. United States citizens are expected to have allegiance to the flag and the Constitution. And that means you can’t support a military force from a foreign country.

Should You Pursue Dual Citizenship?

As a dual citizen in two countries, you can hold two passports. You can also take advantage of social services and exercise the voting rights that citizens in both countries have. On the downside, you may have to pay taxes twice or spend many years (and lots of money) getting that status.

Before you decide to acquire dual citizenship, make sure that it’s to your benefit. Giving up citizenship in your home country may be a better option, but depending on where you’re from, that might not be a risk you’re willing to take.