Home > Expatriate Blog and News > Why Expats Move to China

Why China is a Great Country for Expatriates 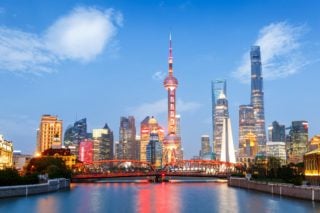 China, one of the BRIC nations, is one of the fastest-growing economies in the world with an unemployment rate of only 4.0%. China’s growth in the last year was 6.7% compared to the United State’s growth of only 1.6% and the Euro area of 1.7%. It is no surprise that an increasing amount of expats are considering the move to China. While the number of United States citizens outnumbers Europeans living in China, recently there has been an increase in the number of Europeans choosing to move to China.

According to the official data from the Ministry of Human Resources and Social Security in China, there was a 4% increase in the number of expats moving to China over the last year to a new total of 231,700. With so many open doors due to growth and expansion, expats that move to China will have the opportunity to get higher-level jobs with either local or international companies.

Currently, many expats have seen an increase in demand for the financial services, retail, and pharmaceutical industries. Local Chinese firms are looking to hire expats with the talent to help with international expansion. International companies are looking for expats that have an understanding of the international climate, the ability to speak English (and Mandarin!), and assistance in bridging cultures.

While the jobs will ultimately depend on experience and company-fit, the top jobs in China are teachers, CEOs, managers, engineers, and consultants. Approximately 85% of the expat workforce is employed by foreign-invested companies compared to local Chinese firms. Those expats working for local companies work primarily in technical fields such as engineers or managers in high-tech manufacturing. Otherwise, approximately 40% of positions are in sales and marketing, 20% is in engineering, 10% in management (including in accounting and finance), and IT is only 5%.