Home > Advice for International Citizens > Moving Abroad > How to Move Abroad to Popular Expat Locations > Moving to Chile: What You Need to Know

How to Prepare for Moving to Chile 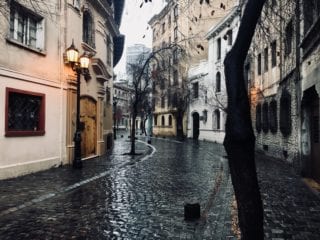 For most expats, moving to Chile is an easy transition. The country offers great travel experiences and vibrant communities. The quality of life, and in particular healthcare, is quite high and the Chilean economy is growing. With jobs in fields ranging from mining, natural resources, high tech, tourism, education, healthcare, and design all growing, expats and digital nomads are being recruited in a wide range of fields. Plus, entrepreneurs are welcome. Chile is one of the easiest countries in the world for setting up your own business. No wonder it’s such a popular destination! Here are some tips to help you settle in.

1. Learn the Language and Culture

Speaking Spanish is essential to life in Chile. Approximately 95% of the population speaks fluent Spanish. The remaining 5% speak Indigenous languages such as Mapudungun. While English is common among business professionals, university students, and those in the tourism industry, Spanish remains very much the language of everyday life.

Chilean Spanish is very different from European Spanish (though speaking it definitely gives you a boost when you first move to Chile). Long sentences, puns, and wordplay are hallmarks of conversational Chilean Spanish. Locals are proud of their distinct vocabulary, expressions, even their accents which differ from other Latin American countries. It’s well worth the effort to take language classes. Locals will be thrilled by your efforts to engage in casual conversation.

Nothing is so important to job searching in Chile than “pituto”. Roughly translated as “personal network”, pituto is like a living form of LinkedIn. At best, pituto demonstrates how friends support each other in a job hunt. At worst, it’s a controlling factor in the so-called hidden job market. Many positions in Chile are never even advertised, thanks to pituto.

As international citizens cannot beat the pituto system, they must create one of their own. Joining sports clubs, volunteering for a cause, participating in neighborhood activities, and being extra social at work all go a long way to creating a local personal network. It’s hard to find a new job in Chile without it.

3. Understand the Cost of Living

In Chile, housing, local food, fuel, and public transportation are generally considered affordable. Luxuries, like restaurant meals and imported luxury goods, are disproportionately expensive. But an unexpected budget-buster is utilities. Utility payments are not included in most rental units. Chile does not have any cheap energy reserves of its own and thus needs to import. As such, the increased cost of imported energy means that water, electricity, and heat are all very expensive.

Finding a comfortable, affordable place to live usually isn’t a problem in Chile. While some of the trendier neighborhoods in Santiago might have limited availability, in general, there is a good selection of options.

First and last month’s rent are standard conditions. As well, you may also need a Chilean guarantor to co-sign on your behalf. For this reason, many expatriates opt to work with a property agent to help them find their new home. Property agents are also invaluable for two other aspects of the process. They can help translate the contracts so you know exactly what you are signing. Furthermore, they can also negotiate on your behalf to see if you can get a better price or terms.

In popular holiday destinations, short term leases are usually an option. In cities like Santiago, 12-month terms are the norm. And when it comes to unfurnished properties, landlords may press for a longer lease. They likely assume since you’ll be buying furniture, you’re committed to staying in Chile for a while. They want you to stay in their property!

Chile has a very good public healthcare system that’s widely considered to be the best in South America. The public program, known as FONASA, covers any resident paying into the system via payroll taxes. FONASA covers the cost of primary care, emergency care, specialist care, hospitalization, maternity care, and more. It also provides care for the unemployed, pregnant women, people with disabilities, and those who are poor. Approximately 78% of the population is covered by FONASA. The remaining 22% are covered either through similar programs which are designed for their specific profession or they opt for private insurance.

Foreigners are eligible to be part of the healthcare system in Chile if they are working and have legal residency. Many expats also opt to have private health insurance, whether or not they’re a part of FONASA. While the hospitals in Chile in cities and larger towns are excellent, medical care in small communities is more basic. Private insurance means more comfortable and private facilities. Patients can also expect reduced wait times. Finally, most doctors in private facilities are bilingual.

6. How is the Education System

The poor quality of Chile’s public education system is a common complaint among expats. The public system is managed by municipalities. This helps explain why there are stark differences in standards between different regions.

Chile uses an education voucher system in its public schools. It’s designed to grant all children access to education regardless of their financial background. Income is not a factor in distributing the vouchers. As such, rich families can afford to top up their vouchers and buy their way into better schools. Meanwhile poor and middle-class families have just the basics.

In Chile, the school year runs from March to December. There is a two-week break for the winter holidays in July. The summer holidays run from December to March. July and August are enrollment months when prospective students are enrolled for the next year. The children of expats are required to pass an exam before they begin primary or high school. The exams take place in March and July.

The Peso is the national currency of Chile. It is abbreviated as CLP. It also uses the “$” just like the US dollar. Speaking of which, US dollars are widely accepted in Chile at tourism hot spots. However, they are much less common at small community businesses.

For expats relocating to Chile, opening a bank account so they can easily spend Pesos is easier said than done. Banking policies in Chile discourage expats from opening local accounts. Furthermore, even when it is possible, the vetting process is very strict. A Chilean residency card is required to open a local bank account. It’s the only form of personal identification that’s accepted. Not even a passport will do! Furthermore, expats need to have their tax number or “RUT” on hand. Just getting a tax number and a residency card are lengthy processes on their own. This isn’t something that just happens overnight!

Even with these two important items, the process isn’t over. Applicants must fill out an F4415 tax administration form. They must also provide proof of their Chilean income. As well, some banks require a first deposit that meets a minimum amount. Last but not least, only expats who have stayed in Chile for at least two years can open accounts with a local bank.

For foreigners waiting for the process to resolve, there are two interim solutions. They can open a RUT account, which is a kind of savings account. Account-holders can use an ATM card, make local payments, and make money transfers. The other option is a fondos mutuos account. This is a fixed savings account with a static interest rate. While you can withdraw your money prior to the maturation date, you will attract penalties and forfeit any accrued interest if you do. However, if you keep your money in place throughout the entirety of the investment term, you will be rewarded with a high-interest rate.