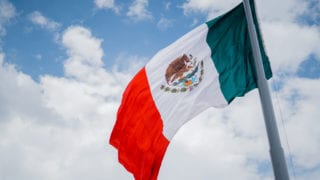 How to Move to Mexico From the US

With 1.5 million Americans calling Mexico home, the country has the distinction of hosting the largest American expat community in the world. Moving from the US to Mexico has always been popular with retirees. They easily fall in love with the terrific climate, rich culture, and low cost of living. However, seniors aren’t the only ones relocating south of the border. The country is increasingly popular with students, digital nomads, and families. If you hope to join them, this information will help you get on your way.

Can Americans Legally Live in Mexico?

By law, American tourists can stay in Mexico for up to six months. For many snowbirds and retirees, six months is more than enough. They head south for the chilly winter months and come back to enjoy spring and summer stateside. Some also do “visa runs” to other countries and extend their stay. This is a good strategy if you are not sure whether or not you are staying in Mexico permanently and want a bit of extra time to sort out your plans. As with most destinations, you cannot work while you are in the country as a tourist.

If you are confident of your plans, you can pursue temporary residency or permanent residency, often in combination with a retirement visa. The visa application begins at the nearest Mexican embassy or consulate in your home country. You can expect to fill out an application, provide proof that you can support yourself financially, and have an interview with the staff.

If you’re visiting Mexico as a tourist, it’s entirely possible to get by without speaking Spanish. Most people who work in Mexico’s tourism industry speak English – or a nearby colleague surely will. However, life as an expat is different. Your life will be exponentially easier if you learn Spanish. Even taking some lessons for beginners will help you communicate much more easily in your everyday life.

Mexico’s healthcare system is a mix of public, private, and employer-funded programs. Each system has its own doctors, pharmacies, and healthcare protocols and operates as an independent network. People are usually only allowed to use the services in their own network.

The IMSS is Mexico’s employer-funded healthcare program. Expats who are employed in Mexico are eligible for coverage through IMSS. Those who are self-employed can voluntarily enroll if they wish and make their program contributions directly. However, most foreigners living in Mexico opt to participate in the private healthcare system. It tends to offer the highest standard of care, the shortest wait times, and the most comfortable facilities.

No matter which option you choose, you can be sure of one thing. You won’t be covered for healthcare in the United States. If you plan on frequently returning to the United States to see friends and family – or even if you just want the option of being transported to the US should you need serious medical care – you should investigate your options for international healthcare coverage.

Those moving from the US to Mexico will be happy to know that the country is home to many American chains. Walmart, Costco, and Home Depot are plentiful. You can easily find American and international brand names. If there’s something you’re craving from home, ordering from Amazon (US) is often preferable to using Amazon (Mexico). Even though a small customs fee usually applies, the lower price of goods usually makes up for it.

A taste of home is also available when it comes to entertainment. Using a VPN (virtual private network,) you can access entertainment sites like Hulu, Amazon Prime, Netflix, SkyTV, and more.

Finding a Job When You Move to Mexico

If you want to work in Mexico, finding a job before you move is imperative. Many areas of Mexico struggle with high unemployment. Breaking into a new career is tough if you don’t already have a new position lined up before you leave.

There are a number of jobs available in the tourism industry. Some expats find casual work in bars, clubs, and restaurants that cater to foreigners. However, for optimal career success, speaking Spanish is imperative.

Understanding the Cost of Living in Mexico

In many regards, the cost of living in Mexico is much lower than it is in the United States. In some cases, it’s dramatically lower. The cost of fresh produce, restaurant meals, or a weekend at a beach house is a fraction of what you would pay in most parts of the United States. However, lower costs tempt many expats to change their lifestyle. Hiring gardeners, housekeepers, and pool cleaners are affordable. Going out to eat isn’t an occasional treat but something you can afford to do several times a week. As a result, many expats find their average monthly expenditure isn’t much different than it is in the United States. However, they’re getting a much higher quality of life as a result.

If you are tempted to move to Mexico from the US to have a frugal, minimalist life, it’s absolutely possible. However, you’d have to choose a locally focused lifestyle, away from the pricey expat enclaves. You’d also need to forgo many of the cheap luxuries that most foreigners indulge in.

Mexico is a huge, diverse country and its housing market reflects that. You could have a tiny apartment and fulfill dreams of living a low-cost, low-stress life. Alternatively, you could have a charming beachside house, a massive villa with a pool, or even your own plot of land with a custom-built home. You can, that is, if you’re willing to go all-in with your budget.

A small to a medium furnished apartment in Mexico City might cost about $500 US a month. Something comparable in Cancun could ring in at about $100 less. Meanwhile, in Guadalajara, you might get away with spending $300 or so. Then again, you could easily save 20% off those prices – or spend three times as much.

How Renting in Mexico Works

If you’re going to be renting a place to live, note that many landlords prefer cash payments. However, this doesn’t mean that the process is sketchy. Six-month contracts are standard. Additionally, there are short term leases available (commonly used by expats who are just settling in) and longer terms of a year or more for those who are confident of what they want. In all cases, you should have a lawyer review the terms of your lease. Note that if there is ever a contract dispute, the Spanish version of your documents takes precedence over the English version.

In Mexico, landlords commonly require someone to co-sign your lease. This is known as a fiador. This puts anyone moving from the US to Mexico in a quandary. The fiador needs to live and own property in Mexico. Sometimes your employer can come in and sign on your behalf. Alternatively, your landlord might be satisfied with a higher deposit.

Setting up a bank account as a foreigner in Mexico is relatively straightforward but it does require a bit of organization. If your Spanish isn’t excellent, it would be prudent to recruit a bilingual friend to help with translation. That way, you know exactly what you’re getting.

For most traditional bank accounts, you’ll be required to visit a bank branch in person. Few take online appointments, which means you must take a paper ticket from a machine when you arrive in order to secure your spot in the line.

In general, you’ll need to provide a form of photo identification (such as your passport), proof of residency (like a recent utility bill), and proof of legal entry into Mexico (such as a residency card or visa). BBVA Bancomer is the largest bank in Mexico. It has the largest number of branches and ATMs in the country. Following closely behind is Banorte, which has a similarly large network of branches and ATMs. If you want full-service banking or if you’ll be traveling frequently, these two banks will offer a lot of service and convenience.

If your needs are more minimal in nature, an online-only bank might be more convenient (and more affordable, with low or no fees). Hey Banco and SuperDigital both issue combined credit-debit cards.

If you’re planning any transactions that require you to have a strong credit score, you should know that your credit history outside of Mexico will have little to no relevance. It’s essential that you establish a Mexican credit history. An easy way to do so is with a Mexican credit card. However, you should know that most have an outrageously high-interest rate – up to 50%. As such, it pays to be strategic and use it for carefully planned purchases that you pay off right away in order to build your credit score. You don’t want to forget about any random impulse purchases you might make!