Home > Expatriate Blog and News > FATCA and US Expats

FATCA: A Guide for US Citizens 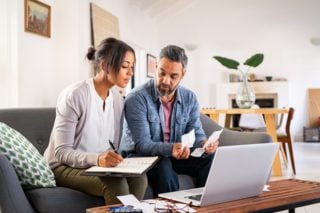 When Rob Johnson moved to Brazil, he didn’t realize his own government would be the biggest hurdle to happiness and success. As a self-employed writer, he was in for a shock.

Rob was middle-aged when he met and married, Alejandra, a Brazilian native. With his three children from his previous marriage grown and scattered to the winds, Rob figured it would be easier to move to Brazil instead of bringing his bride to America.

With an inheritance from his recently deceased father, Rob knew life would be easier abroad. Years of reading about the expat life lit a small fire in him, and now that fire was turning into a major inferno, and he was ready to make the move.

As usual, the American government took something which could be so simple and created FATCA, the Foreign Account Tax Compliance Act.

What is the Purpose of FATCA? The Long Answer

Signed into law in 2010, FATCA reporting requirements are folded into an American federal law that requires all non-US foreign financial institutions to review their records for customers who have a connection to America. These connections can be:

On March 17, 2010, as the American Congress debated the bill, Senator Carl Levin of Michigan said, “Right now, thousands of U.S. tax dodgers conceal billions of dollars in assets within secrecy-shrouded foreign banks, dodging taxes and penalizing those of us who pay the taxes we owe. The Permanent Subcommittee on Investigations estimates these tax-dodging schemes cost the Federal Treasury $100 billion a year.”

What is the Purpose of FATCA – The Simple Answer

FATCA reporting requirements were implemented to tackle offshore tax evasion by US persons. To accomplish this, it compels Foreign Financial Institutions (FFI(s)) to provide information on US Reportable Accounts managed by FFI to the US Internal Revenue Service (IRS).

What is FATCA and Who Is Affected by FATCA

Pretty much anyone that is an American citizen, was a legal resident of the USA, or had significant business dealings with an American citizen is affected by this requirement. As of this date [November 2020], it is estimated that 5.7 million to 9 million American citizens live outside the United States and remain, for tax purposes, subject to the federal law.

Non-US family members and business partners are also affected if they share accounts with U.S. persons, or have U.S. persons as a signatory of an account.

Who Is Required to Report Under FATCA?

FATCA reporting is required by certain American taxpayers who are holding foreign financial assets with more than the reporting threshold, currently $50,000. Form 8938 must be included with the taxpayer’s annual income tax return.

American Expats with a 401k

American expats are often perplexed when it comes to properly managing tax-advantaged retirement funds. They must be proactive in learning how to use IRAs, Roths, and SEPs and understand how their “host country” approaches American-based retirement accounts.

With a lifetime of savings, these accounts often make benefits available in terms of asset protection, especially during estate planning. Expats seeking to avoid unnecessary taxation or possibly the loss of tax-deferred status should definitely seek professional advice to navigate the complex rules.

Maximizing the tax advantages requires the precise calculation of how the investments are shared between taxable and tax-deferred, or tax-exempt status. For those self-employed, a retirement savings account becomes doubly important due to the onerous tax regime placed by America on Americans whose income is derived from non-American sources.

If the individual is employed overseas by a non-US employer, the self-employment tax is avoided. However, any American living overseas, and with Schedule C income, is required to pay the full tax. The deduction limit exacerbates the problem used when calculating the amount of non-US sourced self-employment income that is subject to tax.

Often the disadvantages are offset by the ability of self-employed persons to protect substantial amounts of income by using the “individual”401k. A scaled-down version of the company 401k, the individual 401k offers self-employed entrepreneurs and freelancers the chance to defer up to $53,000 of income if derived from self-employment.

And if this isn’t enough, American expatriates must understand the tax treatment by their host country when it comes to self-employment. Many nations have bilateral tax treaties between themselves and the US. Some nations recognize the special tax status of an individual 401k, but others treat US retirement accounts as any normal taxable investment.

Which Form Does a US Expat Need?

IRS is kind enough to provide a comparison chart that can help you figure out if you need to file Form 8938, the FBAR — or both.

Failure to account for foreign financial assets on Form 8938 can end up with a penalty of $10,000. The penalty may rise to $50,000 if an American expatriate continues to fail to report after the IRS has notified you. If a person makes underpayments continually, they are subject to a penalty of 40% and criminal penalties may be enforced as well.

Talk to a tax attorney who is an expert on FATCA reporting requirements. You should also contact a qualified accountant, also familiar with FATCA requirements. America’s tax laws are extremely complicated and are no place for the do-it-yourselfer. If you want to get a sneak peek at what’s in store, the IRS website has a ton of indecipherable information.

When it comes to taxes, the boundaries of America are pretty much whatever the American government says they are.

According to Tom Alciere, former US Senatorial candidate from New Hampshire, “Even people who don’t live in America and, under the laws of their country, are citizens only of their country, are learning they are ‘citizens’ of the USA. Being a ‘citizen’ means they can face criminal charges and financial penalties if they fail to report to Washington their local bank accounts.”

Making the issue more complicated is the US Supreme Court ruling which gave back, and often forced, American citizenship on people who didn’t even want citizenship. It’s difficult to understand, but a country may unilaterally acquire the authority to tax people living overseas.

For example, in 2013, American US Senator Ted Cruz learned he was a Canadian citizen under Canadian law. The fee to renounce US citizenship is $2,350, and America also requires five-years of tax returns — and often an ‘exit tax’. In some cases, the US keeps taxing individuals for ten more years.

One possible solution — being discussed with increasing regularity — is the repeal of the income tax and moving to a federal sales tax instead. But that’s another story.