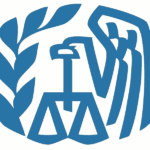 By now, you already know that you should file your U.S. Taxes as an Expat since the U.S. enforces citizen-based taxation. You know your way around a Form 1040 and Form 2555 and now the real question is how to optimize your U.S. income taxes. Despite doing your U.S. taxes every year, you may be missing out on 5 important steps that could be costing you money in the long run.

Most U.S. Expats do not pay additional taxes while living abroad, but many are losing out on their due refunds.

Claim the Additional Child Tax Credit Refund (up to $1,400 per child)

The Child Tax Credit allows U.S. expat parents the opportunity to get up to a $2,000 tax credit to claim for each of their qualified children. Each child must have a valid U.S. social security number, be under age 17 and can be claimed as your dependent based on their living and financial situation in order to qualify. Claiming the child tax credit can help you take $2,000 per child off your tax bill if you owe taxes.

Even though most U.S. Expats do not owe taxes, this tax credit does not need to go to waste. As U.S. Expat, you can get some of the child tax credit back as a refund.

Parents can use the Foreign Tax Credit approach to not only eliminate U.S. taxes that are due but also claim the Additional Child Tax Credit, which is refundable up to $1,400 per qualifying child.

Most U.S. Based CPAs, Tax Firms and Tax Software tend to use the Foreign Earned Income Exclusion approach. Look to use a specialized Expat Tax Software that supports this approach, such as MyExpatTaxes or make sure to ask your accountant about switching to the Foreign Tax Credit approach if you have children.

Keep in mind, that you can amend past returns to claim any additional child tax credits you may have unknowingly forfeited.

If you are a U.S. expat that does owe U.S. taxes, there are multiple expat tax benefits to use to reduce your tax bill.

As a U.S. expat, you are naturally exposed to more international investment opportunities, which is a great way to diversify your financial portfolio. However, it can be disastrous on your U.S. Expat Tax Return due to the strict regulations that the U.S. has regarding Passive Foreign Investment Companies (PFICs).

The U.S. can penalize you if you make foreign passive investments by implementing the highest tax rate possible on annual unrealized gains plus interest. On top of that, PFIC reporting (Form 8621) is by far one of the most complex tax forms in the Expat Tax space resulting in absurdly high tax preparation fees. All of these additional fees combined will make your foreign investments less profitable.

Foreign Mutual Funds are almost always a PFIC. Look to see if you can elect to treat your PFIC investment as a Qualifying Electing Fund (QEF), which means it is subject to the same favorable capital gains tax rather than the highest income tax rates. This election has to happen in the first year of owning the PFIC investment, otherwise, you will need to make a deemed sale, in order to clean the slate and re-classify it as a QEF. Ask your financial institution if they provide “PFIC Annual Information Statements” to their U.S. Clients.

Claim a Treaty Based Benefit to avoid double taxation

Treaty-Based Benefits for U.S. expats provide many helpful insights. One is to provide guidance on how certain income types are sourced and which country has primary taxing rights. Secondly, it can also define which income types can be completely excluded from either the U.S. or your host country’s taxation system.

You may not know about this but there are two treaties U.S. expats should be aware of: Country Specific Tax Treaties (Concerning Income Tax) and Totalization Agreements (Concerning Social Security Benefits and Tax), where the U.S. has made agreements with certain countries around the world to prevent double-taxation.

If you claim these benefits on Form 8833: Treaty-Based Return Position Disclosure, you can avoid double taxation on social security benefits, pension, unemployment, paternity pay, and more.

File an FBAR and Form 8938 when required

Usually, when you move abroad you open up a bank account, which the U.S. defines as a foreign financial account.

The FBAR (or Foreign Bank Account Report) is a form that you as a U.S. American abroad are required to fill out if you have a bank (or any other financial) account established overseas.   You will not be taxed on your foreign bank account because of this specific form. It is informational only, not a tax calculation form.

If the total of your bank account(s) overseas has had at any one time $10,000 or more combined then you must file for an FBAR or Foreign Bank Account Report. By not filing this report, you can incur penalties such as 50% of the balance of your account during the time of the violation.

Please remember that your foreign bank is required to send this data to the IRS, so there is a bigger chance that the IRS might find out about delinquent FBARs than Tax Returns.

Form 8938 (the FATCA Form) is more comprehensive, however, it’s only required for higher account thresholds:

Lastly, for those U.S. Expats who might be panicking since they are delinquent on their U.S. tax filing responsibilities, there’s a way to ask for amnesty!

There’s innocently not knowing about filing taxes abroad, and consciously avoiding it. Most people fall in the first category as the latter may result in more serious fines and penalties depending on the case.

The Streamlined Procedure does help Americans abroad catch up on late taxes (if you missed out on 4 years or more) without any late filing penalties. It is the best way to get back into being tax compliant to avoid serious consequences.

The cost of this program can be a bit steep. However, at least it will eliminate late fees and includes the current year’s tax filing and FBAR, 3 prior-year tax returns and up to 6 prior FBARs.

The average cost of the Streamlined Filing Compliance Procedure is:

The U.S. Tax System is complex, however, as with an American living in the United States, U.S. Expats also have more complex to claim tax benefits that result in very beneficial returns. They might be more complex than just using the Foreign Earned Income Exclusion, but depending on your U.S. Expat situation, may be worth it.