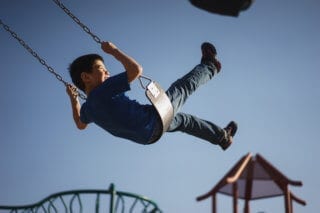 The 2014 HSBC Explorer Survey results have been announced which means your helpful guide when it comes to trying to figure out the best places to raise children as an expat is in. Although this survey covers three areas: economics, experience and raising children- our main focus will be on the third criteria: raising children. Choosing which country to become an expat in is difficult, add into the mix that you will be bringing along children and it can make the decision even more difficult.

Before choosing where you will move abroad with children, consider the following top 3 places to raise children as an expat:

Raising Your Children in New Zealand

This country was ranked number one on the survey in this category and for many good reasons. Nearly nine out of every ten expats (87%) who participated in the survey said they feel the safety of their children has improved since relocating to New Zealand.

Other areas that parents ranked New Zealand high on include quality of education, improved health and well-being, better environment including climate and scenery and in general better quality of life overall. Six in ten parents say their children have become well rounded after living in New Zealand. When looking at all three criteria, New Zealand ranked in sixth place.

Relocating your Family to South Africa

South Africa ranked in 22nd place overall, but second in the category of great places to raise children.

A few areas it ranks well in under the raising children abroad category include: Children are more outgoing (ranked 2nd), improvement in health and wellbeing of children (ranked 3rd), children have a wider circle of friends (ranked 4th), quality of childcare (ranked 5th).

Moving your Kids to Germany

Ranking high when looking at all three categories (ranked 4th) as well as in the best places to raise your children category (ranked 3rd) it has some impressive statistics.

If you want to read the entire HSBC Expat Explorer survey you can do so here.