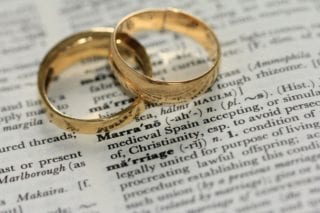 Life happens – even when traveling and living abroad. This, of course, opens the door to a number of life-altering changes, including marriage and divorce. Unfortunately, legitimizing your marriage or divorce in the eyes of the U.S government can be difficult. Marriage and divorce requirements will vary from one country to the next, but the following will provide U.S citizens with an understanding of the most common requirements for divorce and marriage across the world.

U.S embassies are not able to perform marriages in foreign countries. However, as long as you abide by the laws of your host country in regards to obtaining a marriage contract, the marriage can be performed by a civil or religious leader and recognized in your host country.

Countries have varying requirements when it comes to getting married, with some processes more lengthy than others. Some of the main requirements that you are likely to encounter include:

If you’re wondering if your marriage will be valid inside the US when you get married abroad, the US Department of State suggests the following:

It should also be noted that marrying a non-U.S citizen outside the U.S can have some confusing tax implications, largely due to the fact that U.S citizens are subject to the provisions of the Internal Revenue Code, even when they live outside of the U.S.

For more on marriage abroad, here are a few articles on marriage policies for the most common destinations for American expats:

Also see: Top 3 Places to Raise Children as an Expat

The international divorce process as a U.S citizen is a little less clear than international marriage. There is no treaty that requires the U.S to recognize divorces that occur in any other country. Instead, each state has the authority to decide whether or not it will recognize the divorce. However, a divorce is usually recognized in any U.S state if both parties were given fair notice of the divorce proceedings and were given an opportunity to speak and be heard during these proceedings.