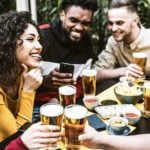 How to Make Friends While Abroad Are you heading overseas to begin a new life as a digital nomad? Or have you already landed, and now you’re trying to establish yourself as an expat overseas? Among your packing and preparations, you likely researched visas and the climate of your destination country. But you may not […] A recent Reddit thread asked an intriguing question: “What is a country that people don’t think of for expat life, but is secretly amazing?” Instead of suggesting spots like Thailand and Costa Rica, which are already popular among expats and digital nomads, respondents recommended less well-known destinations. Here are some of their ideas about the […] 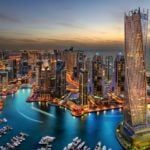 It’s no surprise that Dubai is a popular destination for expats, where high salaries can provide you with a highly luxurious lifestyle in one of the most beautiful places in the world. Today, Dubai and other parts of the United Arab Emirates are also modernizing laws to attract investors and tourists. Recent changes in Dubai’s […]