Costa Rica is a Safe Place to Live 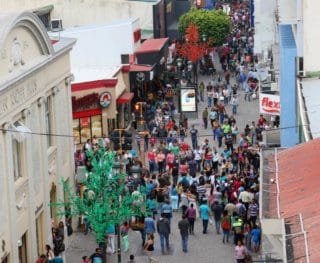 With beautiful weather and an affordable cost of living, Costa Rica is one of the best retirement destinations for expats. And while expats from all over the world flock to Costa Rica every year, we hear the same question all the time: is Costa Rica safe?

We’ve reviewed the stats and compiled some data to answer that question once and for all. Keep in mind that crime can happen anywhere at any time in any corner of the world. As a traveler or an expat, you’ve got to be vigilant at all times, especially when you’re in a new country or a new city. With a bit of common sense and street smarts, you can significantly reduce your risk of becoming a victim of a crime.

Keep reading to learn the most common crimes, crime rates, and how to stay safe when you’re in Costa Rica.

The U.S. State Department designates a specific advisory level for each foreign country, and Costa Rica is at a level 1 – the lowest level. However, you should always take standard precautions when visiting this Central American locale.

Most Common Crimes in Costa Rica

Despite their growing numbers, homicides are not the primary threat in Costa Rica. The most common crimes perpetrated against travels and expats are petty crimes like pickpocketing, purse snatching, and petty theft. Criminals are always looking to steal U.S. passports, cash, cell phones, credit cards, and jewelry.

As in any U.S. or European city, you need to be aware of your surroundings at all times. Keep an eye on your valuables and keep your passports and cash close at hand and you probably won’t fall victim to Costa Rican crime.

How to Stay Safe in Costa Rica as an Expat

The OSAC, the U.S. State Department Bureau of Diplomatic Security, reports that “the vast majority of visitors do not become victims of crime.” Yet it follows up that statement by saying that “all individuals are potential targets for criminals.” The truth is, this is the case anywhere you go.

How can you stay safe as an expat in Costa Rica? Here are some useful tips:

So is Costa Rica Safe for Expats? The Short Answer is Yes.

All countries have some level of crime, but as long as you are aware of your surroundings, you should be safe. The U.S. State Department ranks Costa Rica as a “level 1” country, which is the safest level. Be vigilant and take standard precautions, and you’ll be safer living and traveling in Costa Rica than you will in some major American cities.