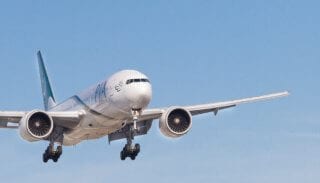 Recently, a new battle has emerged between airlines and travel agencies about how customers should purchase their international airline tickets. Over the last few years, many customers have used travel reservation websites to book flights instead of purchasing directly from the airline. These travel agencies allowed customers to compare prices among carriers, choosing the least expensive option and then purchasing the tickets right through their website.

Back when airlines had all-inclusive services, this was not such a big deal since consumers were comparing apples-to-apples. As the airline industry directly competed on price, profit margins continued to slip as airlines raced to the top of the least pricey option. Entering into a price war, airlines realized they could no longer compete on price. Instead, airline carriers decided that they did not have to include all of these services in their initial ticket price and alternatively could charge separately at the time of service. Competing on ticket prices was no longer as straightforward. With new fees popping up (i.e., baggage fee, meal fee, and beverage fee), consumers may have chosen the cheapest ticket price but in the end, may be paying much more than any other competitively priced option.

That left consumers trying to figure out what the best way is to book an airline ticket and uncover any hidden costs.

Last year this question turned into a battle between companies. It all began when American Airlines announced its new reservation system called Direct Connect and offered it to Orbitz, an online travel reservation website. When Orbitz declined, American Airlines announced that it would no longer sell tickets through the agency as of December 21, 2010, when they were unable to reach an agreement for the contract renewal. Soon after, Expedia and its subsidiaries, Hotwire and TripAdvisor, announced that they would no longer sell American Airlines tickets on their site in alliance with Orbitz. Another company, Sabre, who owns Travelocity, decided that they would add additional service fees to American Airlines tickets making prices uncompetitive to other carriers.

This brouhaha was furthered heightened when Delta Air Lines decided to change its way of business as well. Delta Air Lines stopped allowing CheapOAir.com, OneTravel.com, and BookIt.com to list its flights after December 17, 2010.

Delta Air Lines and American Airlines are both trying something new – they are encouraging consumers to stray from their typical strategy of purchasing tickets through third-party agencies. The incentive? Airline carriers are now offering better rates if tickets are purchased directly.

Not only does that build more brand loyalty, but it will better connect consumers to the airline directly. If you are looking to price compare, we recommend using other travel reservation websites like Kayak and Priceline who continue to price these as well as other airlines competitively. You may also want to check out the airline’s website directly as they may be offering lower rates as an incentive to do business directly.

Advice: 5 Essential Tips When Preparing To Travel The World