Home > How to Prevent Expatriate Failure 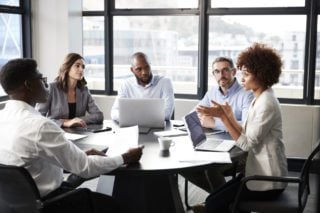 Your organization is launching an international office. All eyes turn to you and your HR colleagues for expatriate staffing. In your mind, a systematic and smooth process unfolds over the years.

You will first recruit potential expat candidates, select the best, provide pre-departure training and send them off to their new homes. They will, in time, return to HQ more agile and experienced than before, revealing you for the thoughtful, sage professional you are.

Easy, right?  Except that, as in life, the smooth path of expatriation is littered with unforeseen obstacles. The costs of failure, and the risks, are in fact considerably higher for expat workers than for traditional employees. So much so that the topic of expat failure is arguably the very foundation of expatriate research.

In this article, we examine some of the traditional causes of expatriate failure, as well as a series of recommendations to reduce the risk.

Early expatriate scholars labeled any early end to an assignment as an expat failure. Yet later studies recognized that assignments might end for a variety of reasons, some of which can be positive. Consider, for instance, that one of your recently assigned expatriates returns home early to accept a promotion. For you and the employee, that represents not a failure but a success.

Alternatively, the expatriate may return home early to accept a position with the competition. For you, this is indeed a bad look. For the employee, however, it’s a sweet victory. If the expat return is due to a change in corporate strategy, this may signal failure to the uprooted expat, but not necessarily for the organization. By contrast, both parties are likely to view the assignment as a failure if the expat is recalled home due to poor performance.

A broader definition, therefore, holds that expat failure occurs when they fail to meet employer expectations. As has been noted, failure may result if the expatriate is recalled for poor performance or departs for a better offer with a competitor. But even those assignments performed to their bitter end may be failures if the employee does not meet organizational objectives or performs below expectations.

Failure can even result after the assignment ends. Companies often anticipate that returning expatriates, with their international know-how, will prove a boon to their home organization. Indeed, many are appointed to international assignments to groom them for future leadership positions. Yet, in a significant loss on investment, studies show that around one-quarter of expatriate employees leave their employers within two years of their return – often for better jobs elsewhere or due to dissatisfaction with their reintegration to the home office.

The High Cost of Expatriate Failure

The exact failure rate is hard to specify given all of these possible causes, and scholars offering estimates have faced criticism from their more data-driven peers. Yet, consider the warning signs reported in one study. The authors found that over two-thirds of expatriates experienced stress relating to their job performance within their first four months on assignment. Another two-thirds reported concerns about their relationship with their new boss. At the 8-month mark, the situation had improved somewhat, but around half were still expressing concerns.

The consequences to the organization of such failures are notable, including costs estimated at $1.2 million per expatriate. This hefty price tag comes from the boost to salary that is typically needed to incentivize employees to go abroad. There are also relocation fees, cost of living adjustments, pre-departure training and orientation, and more. Organizations pay for the failures of international staff through loss of reputation with clients and customers. Similarly, other employees may hesitate to accept international assignments when observing their expat co-workers’ shortcomings.

Consequences for an Expatriate

Arguably, an expat experiences an even higher cost of failure than the organization, with failure imposing psychological costs as well as professional and financial burdens. Because expatriates are often chosen precisely because they are among the organization’s best domestic performers, these historic high achievers may be particularly unsuited to handle the stress of failure.

A study from 2007 showed that 45% of the expatriates in their study reported feeling “overwhelmed” with overwork.  Also notable is that 51% felt more overworked than at home. Nearly 50% worked 50 or more hours each week. Outside of the academic research sphere, 2022 research by Cigna Global shows similar issues, with 89% of respondents indicating they were “always on” for work and 98% reporting symptoms of burnout.

Other studies suggest that unsuccessful expatriates may experience losses of self-esteem, confidence, professional reputation, motivation, and a reduced appetite for any future international assignments – even when the causes for failure were beyond their control.

Also Read: Best Places to Work in the World

Expat Failure: What it (Usually) Isn’t

So, what are the causes of expat failure? It may be tempting to assume that job skills are the main determinant of expat success and that the lack thereof is the main cause of expat failure. In fact, skills are the primary characteristic that many organizations use to select expats. And ensuring a match between an expatriate’s skills and the needed on-assignment skills is important, as is providing expatriates with the role clarity needed to understand what is expected of them.

Yet studies suggest that failure is rarely a matter of insufficient or mismatching skills. The reason? Expatriates tend to perform tasks abroad that are similar to those they were performing at home.

Expat Failure: What it (Often) Is

Instead, the leading risk of expat failure is difficulty adjusting to the new culture, family stress and simple overload of responsibility. (For more detail on this, read How to Become an Expat – Successfully.) The greater the cultural difference between an expatriate’s home country and the host country, the more significant these challenges are likely to be.

Challenges also arise for many expats and their families when foreign national communities are small or local communities are insular and unwelcoming. These environments can cause difficulty for expatriates in making new friends or feeling a part of the community.

Expatriates may also have the right technical skills to succeed but the wrong social skills or personality traits. For instance, more outgoing, charismatic and ambitious employees tend to adjust better to their host environments. In addition, employees’ patience, curiosity and openness to new experiences are particularly important in the international context. Unsurprisingly, prior international experience also predicts future success. Thus, selecting the right employee is a key step in the expatriate process.

Finally, employees expect heightened support from their organizations when going on international assignments. When expats feel unsupported, they may lose their motivation to perform or seek alternative employment.

Expat expectations include workplace features such as salary hikes and improved benefits, improved professional opportunities and performance management systems adapted to the international assignment. Furthermore, support may be needed to ensure that the expatriate stays well connected to HQ and that opportunities for professional advancement remain or improve once on international assignments.  In addition, however, expected support may include non-work needs, such as helping staff members to find a new home or a spouse find a new job.

The risk of expatriate failure is, consequently, a real risk bearing down on both employer and employee. And yet, the research is clear that expatriates offer significant benefits to their employers, from connecting HQ with distant offices to sharing best practices and equitably distributing top talent. The challenge and opportunity for HR professionals, then, is to leverage such opportunities while minimizing risks.

How to do this? Through careful attention to all stages of the expatriate management process. From employee selection to pre-departure training and preparation to ongoing support throughout the assignment and on return, HR professionals can set expats up for success.

About the author: Dr. Thomas J. Bussen, with a Doctorate of Business Administration, JD, and MBA, is a Professor of International Business at the African Leadership University in Rwanda and a cross-cultural management coach. He is the author of several books, including Shaping the Global Leader and Compliance Management: A How-to Guide. His latest book, The Rising Tide: A Neo-Collectivist Critique of American Individuality, makes the case for a more inclusive and equitable professional mindset and is expected for release in 2022.

Kraimer, M. L., Shaffer, M. A., & Bolino, M. C. (2009). The influence of expatriate and repatriate experiences on career advancement and repatriate retention. Human Resource Management: Published in Cooperation with the School of Business Administration, The University of Michigan and in alliance with the Society of Human Resources Management, 48(1), 27-47.