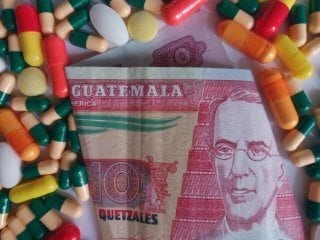 Hospitals in Guatemala Recommended to Expats and Visitors

Guatemala, “the land of eternal spring,” with its affordability and beaches, is becoming increasingly popular as a destination for visitors as well as a landing spot for expatriates. Whether you plan to stay a long time in the country, or your visit will be briefer, it is important to make certain that you can access healthcare in case of illness. For both emergency situations, as well as regularly scheduled appointments, that often means going to the hospital. Here is a guide to what you need to know about Guatemalan hospitals.

Are Hospitals Good in Guatemala

For much of the second half of the twentieth century, Guatemala was involved in the Civil War, which ended in the 1980s. During that time, very little was invested in any public infrastructure. This means that Guatemala’s entire healthcare system has been built since that time. And while the constitution promises all of its citizens’ universal healthcare, the system is too underfunded to fully deliver on that promise. For this reason, it is especially important to make certain that you go to the correct hospital to get the quality healthcare you need.

What Kinds of Hospitals are in Guatemala?

List of Hospitals in Guatemala for Visitors and Expats

What is the Difference Between Private and Public Healthcare in Guatemala?

With a total of 16.9 million residents and widespread poverty, many Guatemalans rely on the public healthcare system for all of their healthcare needs. Nonetheless, about 60% of residents choose to have insurance in the private sector instead. With brand name equipment, a larger emphasis placed on high-skill training, not to mention shorter wait times and better facilities, the market share of Guatemalans using private healthcare is expected to rise by 10% in the near future.

Is Healthcare Free in Guatemala?

The public healthcare system is free, both to Guatemalan citizens as well as to visitors. However, in order to use the public hospital services your case must be deemed serious enough to merit a visit. Additionally, they can sometimes be so underfunded that they run out of drugs and equipment. If spending time in Guatemala it is vital to have insurance that will cover private hospital visits in the country. These can be quite expensive, and many private hospitals require money upfront if there is no proper insurance coverage.

Before you travel to Guatemala, make sure you have the right health insurance:

How Much Does Healthcare in Guatemala Cost?

While Guatemala’s private healthcare facilities offer world-class care, this also comes with a high price tag. The cost of surgeries and procedures at private hospitals can easily run into thousands of dollars. Costs are much lower than they would be out-of-pocket in the United States, but still high enough that you will certainly want insurance coverage. Here is a breakdown of the out-of-pocket costs for several procedures, with the typical price in the US included in parentheses:

How Many Hospitals are in Guatemala?

With its three-tiered system, answering this question fully means breaking the groups of hospitals into their respective categories. There are 195 hospitals in the public sector and 2,502 clinics. Meanwhile, there are only 45 private hospitals in the country. In general, Guatemalans who can afford it, opt for the private healthcare system.

What is the Difference Between Hospitals in the Rural and Urban Areas of Guatemala?

All of the major hospitals and private hospitals are concentrated in the major cities. This means that access to quality healthcare outside of the large cities can be non-existent. If planning on doing traveling in more remote areas, it’s a good idea to look for travel insurance that will provide coverage of emergency transport to a private hospital.

Some of the hospitals in the capital, Guatemala City, are so good that Guatemala has a medical tourist industry, attracting those from other Latin American countries, as well as visitors from the United States seeking more affordable healthcare than they can get at home. Guatemala City is home to the Medical District, which has 5 private hospitals as well as a world-class radiotherapy facility.

What Type of Healthcare System Does Guatemala Have?

With a GDP of $75.6 billion dollars, Guatemala spends very little on its healthcare infrastructure in relation to that GDP. In fact, at 2.6% it is the lowest spending in ratio to GDP in Central America. And though the government oversees their healthcare system with three different organizations, two social security like institutions as well as one representing the armed services, there is truly no guarantee of quality. So while healthcare is “guaranteed” for all, it may not be useful unless a person can access private healthcare. This is why those who can afford private healthcare use it.

What Diseases are in Guatemala?

There are some disease concerns and health conditions that are specific to Guatemala that visitors need to be aware of. One of the major causes of death in Guatemala is communicable diseases to which there already are effective treatments. Wealthier countries have eradicated many of these illnesses, but Guatemala has not. These especially puts infants at risk. Additional hazards include parasites and pesticide poisoning.