Living as an Expatriate in Singapore 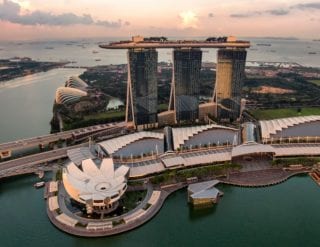 An island that was first occupied predominantly by fisherman has changed its clientele over the years. Singapore just recently became the sixth most expensive city in Asia for an expat to live in according to a survey by consultancy ECA International. This new title has pushed it to pass Hong Kong for the first time as Hong Kong has dropped to ninth in the ranking of costliest cities for expats. However, Singapore expats still have a ways to go before they catch up with Tokyo as the most expensive Asian city for expatriates.

Life abroad can sometimes be expensive. In terms of the housing market for Singapore expats, how does Singapore rank? It is in third for having the most costly rentals in Asia, not yet beating Hong Kong in this department. However, ECA International’s latest survey on this topic brought in results showing that the cost of apartments in areas where expats typically reside has spiked 15 percent in cost since 2005.

“Much of the housing in Singapore comes in high-rise condo or apartment form. Even those that live in a free-standing home will find that backyards are rarities, but there are lots of green spaces and parks around the island to make up for it.” via Expat Arrivals.

Even with a consumer price index rise of 5.4 percent in a year as of October, it hasn’t frightened away expats. You might be wondering why they still make up 18 percent of the 4.4 million population even with the cost of living increase. Perhaps it is thanks to Singapore ranking fifth as the highest net take-home pay location for expatriates in Asia, according to an ECA survey.

If you are leaving your home country to contribute to the 18 percent of Singapore expats, you might want to consider first looking into purchasing a health insurance plan that meets your needs. International Citizens allows you to compare health insurance plans side-by-side, and then download a brochure for more information on benefits and exclusions. You might also read: Singapore Health Insurance for Expats