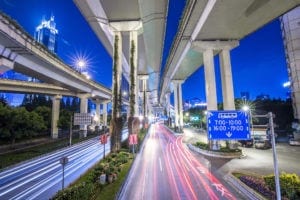 Living as an Expatriate in China

Are you considering becoming an expat in China? If you caught our last post you know that we highlighted information on becoming an expat in Germany– it ranked fourth overall in the HSBC Expat Explorer Survey meaning it received great reviews from current expats. The only countries that ranked higher on the list than Germany include:

Working our way down the list we are able to give you information on being an expatriate in China; the country which ranked third. China is the world’s most populous country and has seen a swift economic incline. Here is what expats in China had to say.

(2017 Update – the country has dropped dramatically to #34 over the last couple of years but still remains a popular destination for expatriates.)

The Benefits of Expatriate Life in China

If you are looking to boost your bank account China ranked first in the category of economics. When we dive deeper into the economics category we see that it ranked first when it comes to household income and personal disposable income. If a high-paying salary is what you’re after, the report states that

Additionally, the report shows that you can have a happy wallet without having to sacrifice in all other areas. Looking at experience it ranked in 26th place but very well in these specific areas within the experience category: social life (3rd), opportunities for sports (4th), using the local language (10th), feeling welcome at work (11th), making local friends (11th) and enjoying local food (12th).

If you’re looking for a suitable country to raise children, it ranked 12th in the category of raising children abroad. A few specific areas it ranked well in include: children are more outgoing (1st), access to better education (2nd), and quality of education available to children (4th).

Related: Why Expats Move to China,  Find the Best Hospitals in China or Best Insurance Plans for Expatriates in China

Although it ranks well in many areas there are still a few areas where improvement could be made. China ranked poorly in a few areas including ease of adjusting to the new culture/lifestyle (34th), ability to adapt to local work culture (34th), ability to adapt to local food (33rd), ease to travel around locally (33rd), better quality of life for children (33rd), and organized healthcare (32nd).

If you’re considering relocating to China you can get more information on the cost of living in China, what expats in China have to say here and expatriate medical health plans.