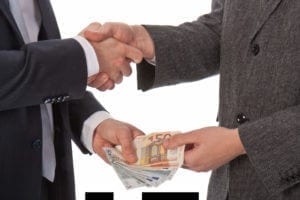 This year, many individuals looking to become an expatriate in the Netherlands will be in for a surprise when completing the necessary documentation for becoming a highly skilled migrant worker. If they are rendering services through the Expatcenter, they can expect to have a new expat fee in the Netherlands for this service.

The Immigration and Naturalization Services (IND) joined with the cities of Amsterdam, Amstelveen, Almere and Haarlemmermeer in 2008 to create the Amsterdam Expatcenter. The center was established in the Netherlands to assist highly skilled migrant workers and their employer with processing necessary documentation. Prior to the creation of the Expatcenter, expats were up against a number of red tape issues, often delaying the relocation process. The center has created a more streamlined process for more than 850 international companies by acting as a one-stop shop according to I Amsterdam.

Services rendered by the Expatcenter are currently free and have been since the center was established. However, this useful tool has gained growing popularity and the number of users continues to increase by 10 percent each year. Due to the increased service demand, the center has recently released that as of April 1, 2013 there will be a new expat fee in the Netherlands for certain services.

Individuals who utilize the Expatcenter immigration services in addition to the services of the IND and Municipal Personal Records Database will be affected by the new service fee. The fee amount will vary with each individual and their situation. Depending on the services rendered, the fee can range anywhere from 50 euros to 210 euros.

Those looking to relocate to the Netherlands and not use the services of the Expatcenter in order to avoid the new expat fee in the Netherlands, will want to ensure they allow plenty of time to complete the necessary documentation, and they have what they need before their journey, including a bank account and international health insurance.